Mobile by Peak Design | Make your phone a better tool.

A gorgeous system of phone cases, mounts, and accessories that brilliantly adapt your phone to every aspect of your life.
Read more
Home & Outdoor

YAWBOARD | The Future Of Urban Mobility

Explore further with more power on the safest and most stable electric ride.https://youtu.be/rUXGcqwDjIw
Read more
Photography

BeYou | The Transforming Chair With 10+ Ways You Can Sit

Now you can enjoy the benefits of movement when sitting. Focus, relax & work comfortably in many positions that feel great to...
Read more
- Advertisement - 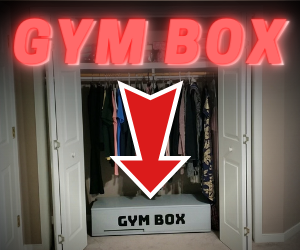 An IoT sensor that turns the indoor cycle, rowing machine, and horse-riding machine at home into a VR fitness equipment! Enjoy 6 App Exercise of Games and More with VR Through the World’s First Sensor Recognizing Rotational & Linear Motions.

Weren’t you bored just working out with things like an indoor cycle and rowing machine?

Now, “360VRFit” presents a more fun and exciting VR fitness instead of a boring workout!

Until now, VR fitness equipment has been difficult for the general public to purchase because it is expensive. The farthest they could go to was getting hands on them at an exhibition or playing for a short time during a visit to the VR experience center.

Give wings to exercise equipment such as indoor cycles, rowing machines, and horse-riding machines that are have been abandoned at your home!

Through a variety of sports fitness apps, you can enjoy working out like you are playing a game in a tourist site inside the virtual reality. Brand new maps and music offered through continuous app updates are just other perks.

Don’t worry about getting damp and dizzy that often happens with VR fitness!

The opened structure prevents dampness, and you can even exercise with your glasses on. The goggles of an innovative structure that gets rid of the fisheye lens and skips encoding and decoding stages show no delay in video playing, eliminating any dizziness or motion sickness that can be felt in typical VR. The advanced 360VRFit IoT sensor allows you to enjoy unique VR fitness every single day!

A 360VRFit is the world’s first rotational/linear motion counting IoT sensor developed by M2Me. It’s a gaming fitness VR sensor that can make your simple exercise into a thrilling game through 6 fitness applications including cycles, rowing machines, and boxing.

You can enjoy the game while competing with avatars built on actual players’ records in the virtual reality, and also enjoy rhythm riding in Chicago, New York, and other downtowns or in a mountainous road of Northern Europe without any interruption.

Be the first one to meet 360VRFit that took one step closer to the future’s fitness equipment at Kickstarter!

SEE THE DEMO VIDEO AND GET MORE DETAILS ON KICKSTARTER!

Everyone knows the importance of exercising, but even the patients who have been recommended by the doctor to work out often postpone exercising for health. That’s because the exercises of repetitive movements turn out to be more boring than we expected. Ironically, “games” that are harmful to our health are much more fun, and many people overdo it to the point of becoming addicted.

“What if you could exercise like playing a game…” The idea of 360VRFit started from there.

We embarked on the planning stage that instant with the concept of upgrading the regular, dust-ridden workout equipment into a VR fitness equipment.

The past experience of participating in a project as an electronics-part researcher and signal-processing the human body’s movements with the sensors of acceleration, gyro, etc. served as a great help. Signal-processing of the acceleration and gyro sensor requires mathematical knowledge. For instance, there were issues like the rapidly diverging signal when removing the gravitational component of the acceleration sensor and integrating the gyro sensor. Fortunately, we had experts with longstanding experiences in the field, so we resolved these issues little by little.

There were also times when we faltered in the development process due to the huge issue of feeling dizzy when using the VR workout for a long time. Engineers who were experimenting occasionally refused to wear the VR equipment as well. After going through countless trial and error to resolve this, we gained inspiration from the cardboard and decided to rethink the way of expressing virtual reality using a smartphone from the start with a slightly different approach than Google.

But As a result, we discovered the way to stop video delays by eliminating encoding and decoding stages, and exclusively developed the present 360VRFit sensor and 360 VR applications that innovatively relieve dizziness.

Now, we have already released 6 applications and will be supporting various functional updates from now on. We promise to support a variety of updates in the future for backers who fund us with full trust.

We established a U.S corporation in New York to launch on Kickstarter and went through 8 prototypes to design and finally develop the 360VRFit.

We have made a contract with a local warehouse in the U.S. to reduce the shipping cost for backers. We guarantee that you can trust the product quality as 360VRFit is 100% produced and manufactured in South Korea. This allows us to promise you fast shipping and inexpensive distribution costs.

We were able to complete the next level “360VRFit” based on the evaluation and advice from the backers who showed interest and pledged. Thus, we promise to complete production and shipping within our promised time allotment.

BE ON THE EDGE OF THE FUTURE!

SAVE UP TO 65% ON FEATURED PROJECTS! Get exclusive offers on the coolest projects before anybody else.

Mundus Pro | Last Sanitizing Device You Will Ever Need