Purchasing a gas generator can set you back up to $1,000. Once you buy one, you have to stock up on oil and gas and keep some on hand at all times. Not to mention the costly and time-consuming maintenance. Ultimately, you end up wasting a lot of time and money. Because of this, creating more convenient power storage solutions to replace traditional gas generators is becoming a trend.

The ElecHive 2200 is a game-changer in the world of generators! Thanks to its advanced battery pack technology, the ElecHive 2200 has definitely reached the ultimate energy density for a product of its kind. This is very important because it means it’s very rare to find a product can have the same battery capacity at a smaller size. Its powerful battery can provide 2,200W of power output, just like a standard wall socket!  And it packs a massive 2,400Wh capacity, which means all your devices will stay powered for hours and hours, so you’ll never be stranded without power. Even with all of these features, it only weighs 34 pounds and is as small as a basketball.

ElecHive 2200 has reached the technological height for products of its kind. While having all these great attributes, they have also brought the price down to the absolute affordable you can imagine for such performance.

You may be wondering how their device is so much more advanced. This is because the integrated Lithium Nickel Manganese Cobalt Oxide (LiNiMnCoO2) — NMC battery pack makes the size of the battery pack much smaller and lighter. Instead of joining 300 individual 18650 batteries together like a traditional power station, the ElecHive 2200 only has 6 batteries and connections between them. This system greatly reduces the risk of potential accidents to occur. Additionally, it is also much smaller than a traditional power station.

While there is a downside on cost, the significant upside for NMC is energy density, which is nearly 30% – 50% more than LFP (LiFePO4) depending upon packaging. This means that to achieve the same capacity, the physical size of an LFP battery would need to be at least one third bigger – a concern in portable power sources where size is at a premium.

ElecHive has made significant breakthroughs to stay powerful without compromising mobility and versatility. And you will no longer get frustrated because there is no enough space in your car to store things you want to bring camping. The compact nature of the ElecHive means you will never have to compromise storage space again. Every cubic ElecHive saved in your trunk translates to more space for your food and drinks.

As the demand for evolving performance priorities skyrocket in this decade, NMC(LiNiMnCoO2) batteries are becoming the most common types of batteries used for electric vehicles and energy storage systems (EES) nowadays. Because of its low-temperature resistance, high energy density, high cycle efficiency, stable chemistry, and many of the good attributes, NMC batteries have been widely used in most of the high-end electric vehicles such as Tesla Model 3, BMW i8, Audi e-tron GE, etc… the safety and recyclability of NMC are recognized by the industry.

When choosing an outdoor power station, you expect it to function in all weather conditions, including icy cold winters. For most batteries that are made with LFP (LiFePO4) and others, cold temperatures can reduce performance and shorten the service life. That won’t happen with the ElecHive. In addition to the NMC battery’s ability to resist temperatures as low as 4°, the ElecHive has a specially developed, all-new thermal architecture with an interchangeable airflow temperature system to better heat up the battery in the winter when the temperature drops.

In the outdoors during winter, the battery temperature can fall significantly. When the thermal sensor detects the temperature has fallen below the default value of 32°F/0°C, the temperature-control module will change the airflow direction of the inverter’s internal heat and guide the warm downward to warm the battery pack. With the cold-resistant NMC batteries combined with the ElecHive’s interchangeable airflow temperature management system, using a power-station outdoors in an icy winter with high energy efficiency is no longer just a dream.

In a typical summer afternoon, when the device is turned on, heat is generated by the inverter, and fans turn on to release the heat from either side of the closed battery case. With several upgrades, including an optimized air duct, a more powerful fan, expanded vents, and a redesigned airflow, the ElecHive provides a more efficient & quieter cooldown (less than 30db). By adopting these new upgrades, our device is capable of battery output at a peak performance of 2200W in an external temperature of up to 104°F/40°C without overheating. If the internal temperature rises to the threshold, the ElecHive will immediately stop charging on its own for your safety.

The ElecHive’s advanced built-in battery pack system enables you to operate a number of heavy-duty outdoor appliances and tools (up to 2200W). With the ElecHive, traditional devices such as laptops, lights, CPAP machines, drones, TVs, and projectors can be powered for prolonged periods of time. It is also capable of running larger load devices such as saws, hairdryers, and even an electric car with ease.

A typical circular saw requires 2,400 watts to start up (starting wattage) and 1,200 watts throughout operation (running wattage). With the ElecHive 2200, working with a circular saw is no problem. Voltage can exceed the maximum level to up to 2500W to carry out these substantial tasks.

You can even use it as an emergency backup for powering your electric vehicles up to 10 extra miles on a single charge.

Whenever you face a natural disaster like an earthquake, fire, tornado, or flood, the ElecHive can provide quick access to power for your emergency essentials.

It only takes about 3 hours to recharge 2400Wh of ElecHive to full with three charging inputs combined.

Solar power is pollution-free and, once installed, emits no greenhouse gases. By using solar power, we can reduce dependence on foreign oil and fossil fuels. With up to 22.7% high efficiency monocrystalline solar cell by SUNPOWER® X-Series, ElecHive’s foldable solar panel allows you to efficiently use solar energy as it converts the sunlight into clean energy. With the use of advanced laminated technology and the long-lasting ETFE material, their solar panel guarantees durability for over 15 years.

The ElecHive 2200 comes with an Anderson connector for solar inputs. By using solar power, the ElecHive can be fully charged within 4 hours* while staying environmentally friendly. And we give “Solar Panel Parallel Y Branch 1 to 4 Connectors” for free if you order more than 2 solar panels.  “

*Solar charge times are dependent on many factors such as elevation, temperature, season, and exposure to sunlight. 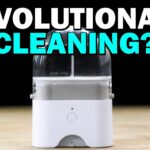 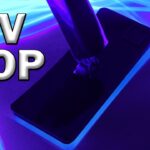