Maximum safety for your night ride! This unique safety accessory provides total visibility in the dark.

No matter where car headlights are coming from, FLECTR 360 WING makes you visible from absolutely any direction – sideways, from the front, or from behind.

Bike reflectors by FLECTR are originals and have received several awards in the past.

The two-part FLECTR 360 WING wraps around the rim from both sides and overlaps the rim vertex. Gap-free visibility from any viewing angle is guaranteed. There is no other safety accessory that combines these cutting-edge features into a single package.

Since inventing this awarded visibility concept, they have accompanied many thousands of cyclists through the dark.

Full reflection, no drag, and virtually no weight. FLECTR 360 WING on a bike: 4 grams!

As a single-component product weighing only 1.0 grams, FLECTR 360 WING conserves resources and requires less than 10% of the raw materials in comparison to conventional bicycle reflectors.

Together with you, they can make an impact! For every backer of FLECTR 360 WING, they will plant three trees in collaboration with Eden Reforestation Projects. This way, they further minimize the eco-footprint of their product and help to improve social conditions in the growing regions. The world is burning… literally.

The new FLECTR 360 WING comes as a set of 2 reflectors – 1 mounted reflector consists of 2 parts.

With one set you are able to equip your bike with ONE reflector per wheel. As it is standard in many countries – or ONE wheel with two reflectors.

The double pack configuration is what they have shown in their video! Therefore, this provides maximum visibility for your night ride.

FLECTR 360 WING – EDITION 2021 – is a further development of the original FLECTR 360 WING from the year 2019 and is based on our invention of FLECTR 360 (2017). With the current release, they have significantly increased the elasticity of the reflector. The reliable application of a prismatic film-based reflector onto a 3D curved rim is a challenge that can´t be mastered with standard materials.

Higher elasticity means that the new FLECTR 360 WING offers an even wider range of applications – even on critical rim profiles. In short: they want the new FLECTR 360 to do a perfect job – safe, beautiful, and long-lasting. If you already know it, you´ll notice the difference. 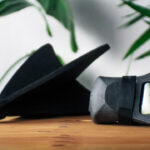 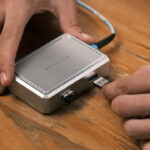