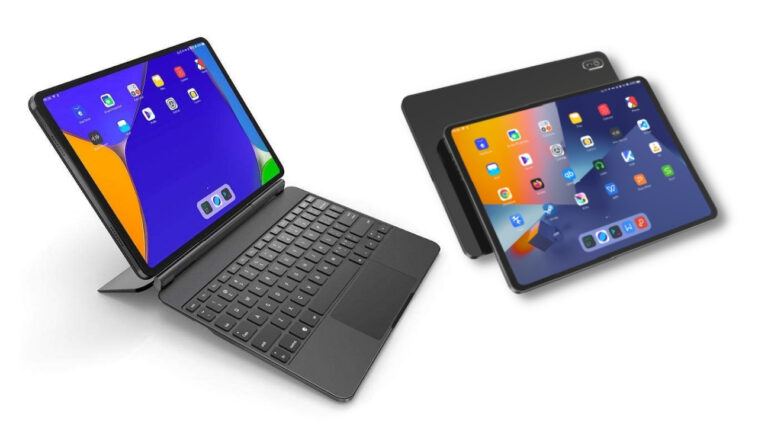 Powered by the next-generation Linux-based mobile OS: JingOS, which can both run Linux desktop apps and Android apps.

Paired with their detachable keyboard with a built-in trackpad, A1 turns into a laptop in a snap.

Enjoy the power and freedom of a Linux-based OS. You can run most Linux apps on the go with the JingPad A1, including Terminal, GIMP, programming apps, etc.

With “Android Apps on JingOS” (AAJ), you can run most Android apps on JingPad A1. This makes the JingPad A1 the first Linux tablet which can also be used for your daily tasks.

They packaged the latest hardware components into a beautiful industrial design with a weight of only 490 grams. JingPad A1 comes with a high resolution 4:3 screen and a magnetically detachable keyboard to enhance desktop-like productivity.

The display has 2368 x 1728 physical pixels with a pixel density of 266 pixels per inch (PPI). The height of the upper and lower bezels is 7.55mm each, and the width of the left and right bezels is only 5.3mm. As a result, the outstanding screen-to-body ratio is almost 90%.

The 4:3 format provides 20% more screen height compared to 16:10 screens. This is especially advantageous for working but also very convenient for entertainment

With a luminance of 350nit, the display looks great, even when used outdoors.

Finally, it is very eye-friendly due to low blue damage.

To guarantee a smooth and fluent user experience, the processor of the A1 is an Unisoc Tiger T7510. It is a powerful 12nm octa-core chipset with 4x Cortex-A75 cores clocked at 2.0GHz and 4x Cortex-A55 cores clocked at 1.8GHz. Due to the energy-efficient ARM architecture and an 8000mAh battery, the usage time is 8 to 10 hours, two times as long as typical laptops can do. Furthermore, it doesn’t need a fan for cooling, which means that it is very silent.

A1 comes with 8GB LPDDR4 RAM and 256GB UMCP storage. It also has expandable memory and lets you insert a microSD card for up to 512GB of additional storage.

JingPad Keyboard is an 11″ 6-rows keyboard with a full layout. It has a built‑in trackpad that gives you the full laptop experience with JingOS.

The JingPad Keyboard has a floating cantilever design, allowing you to attach the JingPad A1 magnetically and smoothly adjust it to the perfect viewing angle (up to 135°).

The JingPad Keyboard connects to and is powered by the JingPad via pogo pins, which is more stable than Bluetooth keyboards.

The large 98.5mm x 45.0mm trackpad allows precise navigation. It supports multi‑touch gestures just like the Apple Magic Trackpad and shows a round cursor in JingOS.

With the JingPad Keyboard, it is super easy to turn JingPad A1 from a tablet into a fully functional Linux laptop. You will see that you can use the JingPad without touching the screen when the trackpad is connected.

They have made the first stylus with 4096 pressure levels in the Linux world. They call it JingPad Pencil.

With JingPad Pencil, you can draw your ideas and sign your documents anytime, anywhere. It is easy to bring with you: Attach it to the magnetic area on the backside of the JingPad Keyboard.

Experience creation at the tips of your fingers with MPP2.0 technology that allows for fewer delays and improved responsiveness.

The two buttons on the pencil can be used for different functions, and you can customize them according to your preferences.

JingOS ARM on the A1 can run both Linux apps and Android apps. Users can download the apps in the official JingOS App Store. Both kinds of apps are executed side by side seamlessly and also the Android apps run virtually natively. Thus, you don’t notice which kind of app you are using.

JingPad A1 will be able to run Android apps, but not 100% of them are compatible. They have a demo running an Android game on it.

In fact, there are several solutions for Linux to run Android apps already. But what JingPad & JingOS wants to achieve is a seamless and unified experience to run Android apps and Linux apps without even recognizing what kind of app you are using. Android apps can run like native apps on JingPad with practically no performance loss since it’s not a virtual machine or a container solution. 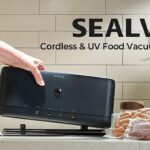 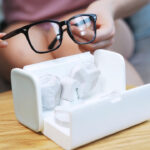