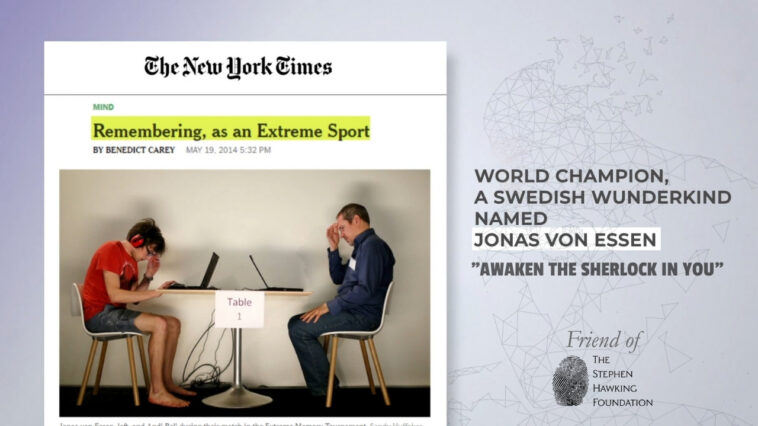 The current educational system expects us to remember significant amounts of information. Without teaching us how to memorize it in the first place.

Memorization is as important as reading and writing. It should be taught as our basic skill.

Prior to Kickstarter, they had over 33 thousand people in their Early Adopters community. For those that have tried the memoryOS demo, the average improvement in recall increased by 70% with an average increase in recall speed by 60% just after one relatively short demo session.

Learning should be fun! So they are creating a unique and fun way for you to improve your memory fast and with confidence!

They’ve merged together with the latest virtual technology with immersive 3D gaming and created the most enjoyable and efficient tool. Perfect for improving your memory and mental sharpness and keeping your brain alive.

Gamified micro-learning and learning by doing

With memoryOS, you improve your mental performance in an enjoyable way. In other words, it doesn’t trigger resistance from your brain or from your old habits. It lets you gradually harness your amazingly powerful mind!

By now, it is a fact that the ability to easily memorize any information in large amounts is a skill that can be learned. Endorphins that are releasing due to gamification are leading to a boost in motivation and making the overall learning experience more powerful.

Memorization skill entails having a structured storage space (i.e., Mind Palace) for the information you need to remember. Mind or a Memory Palace is a fundamental memory technique used by all World Memory Champions.

Mind Palace consists of Loci. A unique objects which serve as folders to encode, store and retrieve a set of specific information. In the mind palace technique (i.e., method of loci), well-known environments are composed of many unique Loci.

To encode information onto Loci, you have to come up with solid associations between information and Loci. Then, to retrieve the information, you “walk” through the Mind Palace in your imagination. It brings to life created associations and triggers an instant recall.

Over the last few years, their dev team has been working closely with the two times World Memory Champion – Jonas von Essen. All for creating joyful and interactive microlessons and empower everyone to achieve their best.

As somebody who went from struggling to remember simple things to becoming the World Memory Champion twice, their startup’s co-founder Jonas von Essen knows all the common false beliefs and myths about “having a bad memory.”

He has taken part in commercials in Australia, Chinese TV shows, British documentaries. Moreover, he helped Charles Darwin University create a memory course, and was hired to train national memory teams. Featured in BBC, The New York Times, Independent, The Telegraph, The Times, and on various other news & blog sites.

In 2018 Jonas had a breakthrough in Sweden through his remarkable accomplishments in Sweden’s Got Talent. There he started by memorizing the names of all the 500 people in the audience in his audition, got a golden buzzer, and then memorized the first 50,000 decimals of Pi for the spectacular finals.

All plans provide you with initial Loci (storage space in the Mind Palace). Each plan has a limit to it. With time, users may want to increase the Loci quantity without upgrading the plan.

Loci add-ons are permanent and will not require additional monthly payments.

They are excited to begin the hugely exclusive process to implement OpenAI’s GPT-3 and DALL·E into their EdTech app to leverage by creating high-value content for lessons, exercises, and practical use. Becoming more than just an app.

DALL·E is a 12-billion parameter version of GPT-3 trained to generate images from text descriptions, using a dataset of text-image pairs. Combinations of both real and/or imaginary things significantly speed up the association in visual creation – to memorize with ease any needed information using the Method of Loci technique.

Participants heard and saw different sets of 15 random words, which appeared one-after-another, for 10 seconds each. Then following a short 3-minute break, they were required to recall and type in these words in the exact order heard.

They have performed this testing of users’ memory skills before and after the demo experience.

A small group of users with such medical conditions as ADHD, anxiety, and various disorders that affect attention showed results that even slightly outperformed their demo users’ overall average increase in recall results. And showed approximately the same results in a speed increase.

Of course, it is yet to conduct more research on this topic with large groups of people on the scientific level. For now, they may conclude that memoryOS can benefit your memory even while you have certain conditions that sometimes make memorization hard.

As several individual examples have shown – even with brain damage or aphantasia it’s possible to see a substantial improvement in recall.

Of course, they invite you to try their demo beforehand if you want to feel it out for yourself.

Based on their data they have found that prior gaming/mobile-gaming experience or its lack doesn’t affect the level of memory improvement. Their game mechanics are simple and most users have no problem using the app. 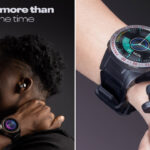