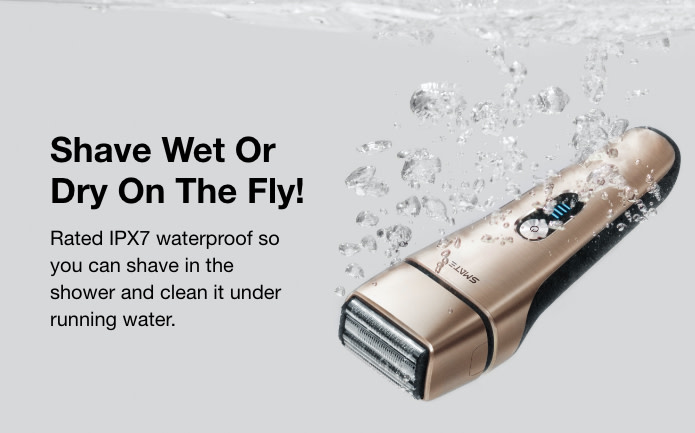 SMATE 360 is a waterproof electric shaver that gives you a flawless shave in under 3 minutes.

The project team has a working demo, not the final product. Their ability to begin production may be affected by product development or financial challenges. SMATE 360 is a state-of-the-art, four-blade, waterproof electric razor with a high-power, long-lasting motor from Japan and a USB-C rechargeable battery.

SMATE 360 uses an 8-direction foil head, 8,000 RPM cutting motor and Voronoi geometry to give you the closest, cleanest shave in as little time as possible. Plus, it’s easy to clean and only requires one charge per month.

SMATE 360’s premium Steel Cutter is made from Anlai Stainless Steel, the same steel used for making surgical scalpels and special knives. It has a hardness rating of 60HRC, meaning it’s REALLY tough and durable.

This supreme shaving machine combines 4 blades with an 8-direction foil head and 8,000 rpm motor to give you the fastest, gentlest shave ever. 8000rpm x 4 blades = 32,000 cutting actions per minute and 100% satisfaction. Get the smoothest shave in under 2 minutes!

Leading electric shavers max out at a 30º angle. SMATE gives you a 27º angle for the smoothest shave ever. We designed SMATE 360 using Voronoi geometry to create the perfect shaving angle for ultimate efficiency and closeness.

Yeah, we said it. We achieved the closest shave possible by applying Voronoi Geometry principles to SMATE 360’s blade angle. To get the blade as close as possible without being too close for comfort, we used insight from the Voronoi diagram, named after Russian mathematician Georgy Voronoy.

Voronoi diagrams separate points into sections so that each point is closest to just 1 other point and no others. Point A (the blade) gets as close as possible to Point B (hairs), without coming too close to point C (skin).

It’s not the “most efficient shave ever” if you have to lather up with shaving cream—which is why you don’t. The SMATE 360 works the same whether you’re wet, dry or using shaving cream. It’s rated IPX7 waterproof so you can shave in the shower and clean it under running water.

No more dreading your daily shave or nicking yourself in a rush. 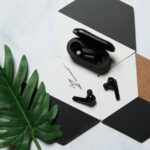 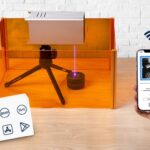