Snowl is a wearable ring-shaped device that brings 3D range of motion to devices that are traditionally 2D such as touch screens and computer mice. With Snowl, you can experience precision control over your favorite devices through three motion tracking modes: Air Mouse mode, Gesture Mouse mode Joystick Mouse mode.

Snowl has the functionality of a mouse and a touchpad for Human Interface, useful for presentations through a Gesture Interface and acts as a VR controller through a Virtual interface. All of these interfaces are combined into one small device.

Organically learns the natural gestures of your hand movements and tracks your finger gestures. While it replaces the traditional mice, it also makes it easy to control various devices, including tablet computers, smartphones and smart TVs. And since it’s worn as a ring you can perform a variety of actions.

Snowl allows you to play a variety of smartphone games on the big screen and thanks to its core technology, it’ll feel like you’re in experiencing virtual reality.

With Snowl, you can play life-size Among Us. Connect Snowl with your phone and project the phone screen on a bigger screen using an HDMI cable. Then enjoy running around completing tasks on a TV screen. Or be an Impostor, sabotage the ship, sneak through vents, and kill off the crewmates with simple gestures!

BlueTooth pairing can be done without a separate receiver.

Snowl can pair with multiple devices via Bluetooth, allowing you to switch between devices effortlessly, including Android phones and Windows PCs.

The Snowl charging cradle not only acts as a charging case, but it can even be used as a joystick mouse. The ergonomic design of the joystick mouse form factor reduces wrist fatigue.

If you put the Snowl ring inside of the charging cradle and switch it to the joystick mouse mode, you’ll have access to the right click, left click, and scroll functions.

There are eight preset default gestures that you can use freely. But through the machining learning algorithm, Snowl will record and learn your gestures as well as the commands you want each gesture to perform. When you touch and hold the center of the touch bar for 2 second without moving your finger, Snowl changes from the air-mouse mode to the gesture-mouse mode.

Wear it on your finger while doing various activities and control your device from long distances anytime, anywhere for precise control.

Allows you to control your devices through gestures. There are 8 preset gestures that can execute your preferred commands. Our machine learning algorithm can learn your preferred gestures to allow for better control.

Once the Snowl ring is placed inside its charging cradle, it can be used as a joystick mouse and perform the same functions that a traditional mouse can.

Our company, CoxSpace, has developed a gesture machine learning engine that learns your gestures over time and allows you to define the command for each gesture set. That means that you can use the gestures that are most natural to you while using Snowl so that it’s convenient anytime, anywhere.

Record 8 custom gestures and select what you want those gestures to do when they are executed. Snowl has the highest performing 3D spatial coordinate solution in existence with the next generation 9DoF technology. Snowl is integrated the latest sensor fusion processor with 3-axis gyroscope, a 3-axis accelerometer and Magnetometer. COX Space has developed a special technique for measuring distance in three-dimensional (3D)space which has a 3cm resolution at this moment.

See the DEMO videos and more info on Kickstarter! 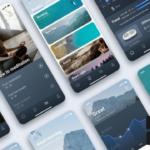 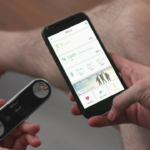 Back to Top
Close Create
We use cookies on our website to give you the most relevant experience by remembering your preferences and repeat visits. By clicking “Accept”, you consent to the use of ALL the cookies.
Cookie settingsACCEPT
Manage consent