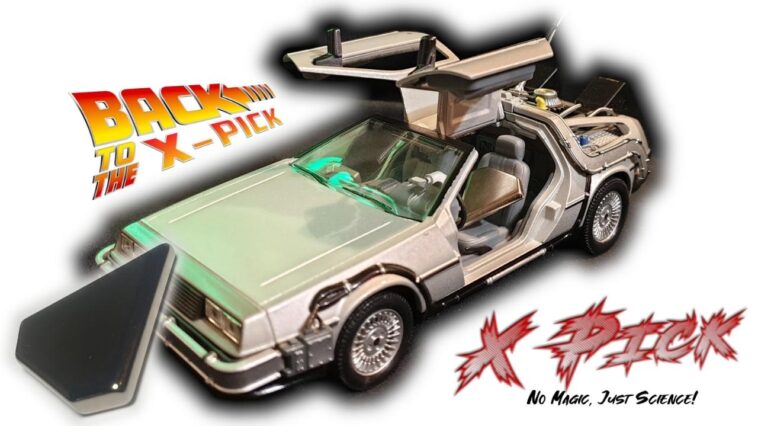 The X Pick is a Galactic Pick, made entirely of Neodymium, which thanks to its extremely calibrated magnetism, can perform fantastic techniques on your instrument! If it sounds too good to be true, if it sounds magical, weird, extravagant, and upsetting, well, GET READY TO BE CHARMED DEAR MUSICIANS AROUND THE WORLD.

The most important thing to know is that the mechanics with which the X Pick works are the same that make your electric instruments work!

Magnetism and electromagnetism! This means, that you are offered a thousand other ways to travel the sound, in the most natural way possible for an electric instrument!

Once you try it, you will see that it is a truly indispensable component, which must not be substituted for your usual picks! No, not necessarily! Taking advantage of its magnetism once again, you keep it attached to the guitar, and you will only use it when you want to do something spectacular!

It is made with material named Neodymium, from the category of Rare Earth Permanent Magnets, that is chemically composed of NdFeB (Neodymium-Iron-Boron).

X Pick has a coating named (Ni-Cu-Ni) or (Ni-Cu-Ni-Epoxy) that is, a Nickel-Copper-Nickel composition and a final layer of Epoxy Resin to give more grip in contact with the fingers, as well as for protection from wear.

It has an Axial Magnetization, which has the two polarities above and below the magnet. To be able to work on any type of Pickup; there are no other magnets in the world with these characteristics. And a lot of research has been done to achieve this patent.

In this way, you can interact with the electromagnetic field of the pickups, only through the tip of the pick. Having the power of a neodymium magnet, but all concentrated on the small sides of the tip.

The X Pick – The Only Multi-Effect Guitar & Bass Pick, made entirely of Neodymium, is equipped with a Protective Case made for High-Value Coins:

When using the X-Pick, and in particular with this type of technique, the more you press on the string, the more it will not play! When you approach the string with the side part of the pick, the string will be affected by the magnetism, so you should not press it, but rub it as gently as possible, letting the magnetic fields act which will attract the string and make it vibrate automatically!

The method is the same as for the Electric Violin, just gently rub the pick on the note, but in a completely different way; that is, almost trembling on the string with an imperceptible amplitude. Because the more gain you put into it, the more you will have to limit the rubbing on the string to have a clean and infinite sound!

The attraction that the X-Pick has with the strings, allows it to create a nice full-bodied sound just by sliding. So it is able to play out-of-scale notes with great power!

It is obviously possible to use it as a SLIDE, but with the right hand. Finally leaving the left free to put chords! And this is also one of the reasons that give the futuristic shape of this pick, because:

Create with the X-Pick another wonderful new technique capable of taking all the tapped notes you want. Even out of scale, with the same power and crystallinity as when you take them on the fretboard!

Technique discovered during this same campaign, by a previous supporter of theirs! Mr. Teemu Paavolainen uses the X-Pick as a capo on the first 3 strings thanks to his magnetism and dynamically moves it while playing, to change the basses or chords …

Each pick of ferrous material has a very powerful attack. But when you bring the X-Pick close to the string, magnetism will be activated which will attract the string to the pick, adding to your strength!

They have just seen why the X-Pick has one of the most powerful attacks there is. But if they do a scale of the attack intensity of all the picks in the world, they find the X-Pick both on the higher intensity side and also on the lower intensity one!

HOW IS THIS POSSIBLE?

Because thanks to the magnetic fields you can play a note or a chord without the presence of an attack. That is, without touching the guitar! Basically, just slap the pickup’s electromagnetic fields, with the pick’s magnetic fields, while playing chords or a scale, and make the strings vibrate!

The most captivating and fun techniques of this Extraordinary Pick! With this object, you can start playing guitar or bass: IN 3 DIMENSIONS! Do you know the transition from normal cinema to 3d cinema? Here you are! With the X-Pick, you will benefit from the same concept with your instruments, thanks to the magnetism and electromagnetism that interact with each other!

Because, in fact, you will be able to ADD ANOTHER AXIS OF CONTROL. In this specific case, it gives you the possibility to adjust the intensity of the picking, the volume, and the rhythm. Only based on the distance and on the position, you have with the pickups! And how cool is this thing?

As they said in the initial scheme, they can divide distance techniques into 2 other categories, based on the type of magnetic interaction:

These techniques are really fantastic and very scenic and if you want to leave everyone speechless, learn to use them as soon as possible, before they all do!

The X-Pick is an electromagnetic switch for the frequencies of the pickups, and that is, it gives you the possibility to interact at the speed of light, giving the sound sensation of a powerful pick! Obviously, all this talk is also addressed to bassist friends! At the sound level, it will feel like you are hitting the Guitar or Bass with a pick when in reality you are just slapping the electromagnetic fields!

Everything they have said is also valid for chords; just do a little exercise and it will come spontaneously!

Start making trills: the first hit you give it with the note of the left hand and the others with the X-Pick.

Another gem: It is also possible to scratch remotely on the guitar or bass, to simulate the palmuting embellishments!

The fact of not having an attack, gives you the possibility to control the timing of the sound like an electronic processor, in order to have the most controlled and modifiable delay that exists! Because in this way you can accelerate it, slow it down, syncopate it, alternate it, without even having to adapt to the standard type of delay sounds, because it will work with any sound you want!

Another spectacular thing, which they have only recently realized, is that they can compare this pick, even to a Remote Control of a Touch Wah style effect, or of an Auto-Wah, (or with a Gate)! FROM NOW, YOU CAN CONTROL THE WAH, WITHOUT TOUCHING THE GUITAR!

There are also many other effects that can be achieved with this pick, but they have slightly different mechanics because in this case, the electromagnetic field is not slapped from the outside, but you insert yourselves inside it and modulate it!

Put simply, you position the pick near the chosen pickup, so as to be inside its electromagnetic bubble: at this point, as with the previous techniques, you plug the chord or the single note, and simultaneously, you begin to move or tremble! In this way, it is possible to create the TREMOLO, which simulates a guitar lever, excellent especially for those guitars that do not have the lever.

It is also possible to create a Reverse Effect on single notes or on chords: The magnetic fields must be cut between the strings, at a minimum distance; it is important not to insert too much gain, to avoid too much confusion of magnetic fields.

And if you also explore the experimental side: do you know when the guitar is brought close to the amplifier to make it scream? With the X-Pick, you can create, command, or modify that whistle!

Only through magnetic field interaction: Approach a pickup, with very little gain or presence, and create the rhythm by moving on one string, and you can make the rolls, passing on all the strings! 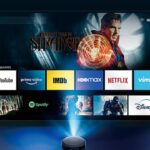