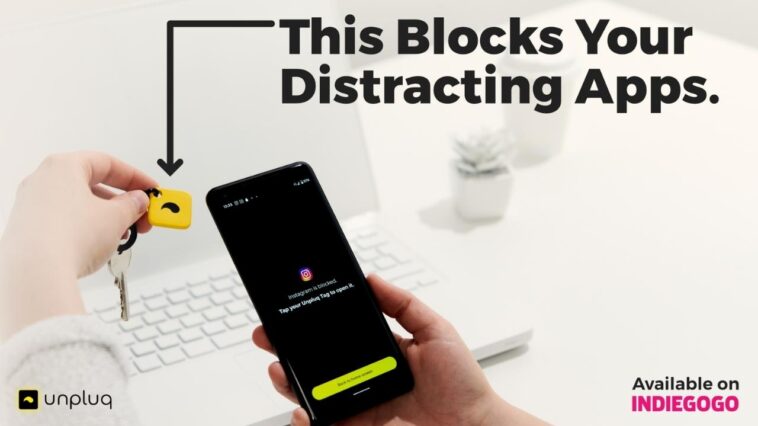 Startup Unpluq has announced the launch of its latest product offering – the Unpluq Tag. It is perfect to be a worthy distraction barrier from mobile apps that capture your attention when you need to focus on work or your studies. A series of studies have discovered the negative and significant association of mobile phone addiction with one’s mental wellbeing. Overusing and spending a large amount of time on your phone may limit the user’s attention span and productivity.

Industry experts have expressed excitement over the Unpluq Tag, which proves to be both timely and strategic.

The latest reports in the US have shown that users spend more than five hours per day on their phones. It has been discovered that people spend around two hours per day on social media networks like Instagram and TikTok.

According to Unpluq senior officials, the product will allow users to stay on track by blocking access to distracting apps when required. Eventually reducing distraction time, increasing focus, and improving productivity.

Jorn Rigter, co-founder and CEO of Unpluq, said that they are proud to announce the launch of their newest product offering, the Unpluq Tag. A solution that they developed to help address the growing problem of being distracted by phones.

Rigter explained that social media platforms like Instagram and Twitter are addictive because this is the nature of their business model. Understanding that this was beginning to be a massive problem to deal with, Rigter and partner Tim Smits created the Unpluq Tag and the Unpluq app. Which will block distracting apps on your phone until you use the Tag to stop the blocking.

Using the Unpluq Tag enables users to save 69 minutes of screen time daily. Because accessing the distracting apps becomes a conscious decision. In addition, the Unpluq Tag also promises other benefits like increased productivity and better sleep times for the user.

Tim shares how the Unpluq Tag works, pointing out that the physical version of the product allows users to be more productive and efficient by blocking apps that would usually catch their attention during work or study sessions. The apps remain blocked until the Tag is held near the phone. To help maximize your time, the Unpluq Tag also allows users to create blocking schedules. Limiting the time that you can use social networks like Instagram, Twitter, and TikTok.

The Unpluq Tag offers you the ability to gain control of your time.

No more distracting apps and notifications that take away your focus and concentration. Their goal is to keep you more focused on the task at hand by resisting the urge to pick up and take a quick glimpse of your phone. Unplugging yourself from the connected world to become more productive in the real world.

The Unpluq Tag will be available for both Android and iOS users and is for sale through Indiegogo.

Unpluq helps people to save smartphone screen time through a unique mobile app. The startup was founded by Tim Smits and Jorn Rigter, who both suffered a lot from smartphone distraction during their Industrial Design and Computer Science studies at TU Delft. Unpluq’s mission is to empower everyone to lead a healthy and balanced digital life.

More From: Health & Self Help 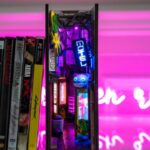 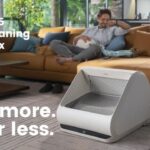